(Please help get the word out)

Many people have seen the Hoarder’s episode with “Sir Patrick” (aka Roger Sisson aka Khristian Knight aka a million other aliases) and got the impression that he’s just a harmless silly guy with his head stuck in the clouds. 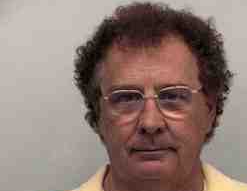 Even after his history of sexual assault and other forms of violence were revealed, some still felt that the way he presented himself on the show meant that he must have somehow changed and now was a harmless Peter Pan type.

But they’re dead wrong. There’s a reason that he’s still out there pretending to be different men of various ages online, saying that he’s looking for his ‘little girl’ to be his bride.

He’s a predator and luring victims using online profiles is something that he’s been doing for many years now. He plays the odds by talking to dozens of women/girls at a time, knowing that eventually he’ll find the right victim.

Emails will turn into reassuring phone calls and then he will pressure her to meet him in person. What happens next is the endgame to all his lures.

This post is about what happened to one young woman whom he lured into his spider web. Let’s call her Jane as it really could have been any woman or girl going through a very vulnerable time in her life. During this time he targeted her and moved in for the kill.

Here is the story of what happened told in her own words, there are sections where I’ll sum up certain things and they will be in between – – – dashes – – – but otherwise it’s as she said it.

FALLING INTO THE SPIDER’S WEB

(Jane) Let’s see when we first met was when the internet was getting real hot. He sends pictures of himself when he was younger and never mentions his real age.

It was quite a shock to see him for the first time. However his story is different now. 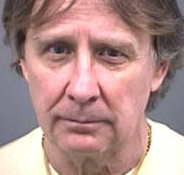 When I met him he was “Col. Dr.” Arthur Allen Richards.

He chats you up and makes things with him sound so wonderful. Then he pressures you to come to see him.

I should have gotten back in the car when I saw him but I felt as if i had no where else to go. I couldn’t go to my parent’s and I couldn’t go back where I was…so I thought well I could just stay here for a couple months, get a job and then be done.

oh yeah no…He immediately stripped me of my money and my driver’s license and SS card. Which was sort of shock to me because I left that in the car under my seat.

After a couple of days of being there I told him that I wasn’t going to stay. …A minute later he dangled my purse in front of me and informed me I was going nowhere.

He threatened to kill my family esp my brothers and sisters. He would destroy my stuff. He burned all my clothes once because I was sick with pnuemonia and couldn’t have sex.

So here’s the deal, he’s all over the dating sites which you all are aware of. He’s obsessed with the color white and he does not like women to wear pants. He sexually abuses women. He might look like an elf but he is strong and that’s why he preys on petite women. So he knows he’s stronger than them.

There’s no need to go into details about this part but basically during her time with him Jane had to endure not only imprisonment but rape and sadistic torture at the hands of Patrick O’Shannahan (aka Roger Sisson etc).

This sadistic abuse was of such an extreme nature that even on a physical level she still hasn’t recovered from some of the injuries. 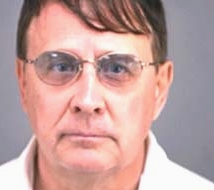 (Jane) He hated boys and said if I ever got pregnant and it was boy he would abort the pregnancy himself.

He has bad dental problems and you can smell the decay on his breath! His front teeth look fine but his back teeth are horrid.

He decided to move near my family to keep me more subservient. I knew he had the capacity to be vengeful regardless of the cost so I was frightened beyond recognition that he really would hurt one of them. So I just kept quiet.

So how did Jane escape?

Patrick O’Shannahan (aka Roger Sisson etc etc) was caught red handed running a big scam and law enforcement got involved. Due to the nature of the crimes he committed jail time was certain to be in his future, so he pulled one of his classic techniques to try to worm his way out of it.

This lead to a situation which brought a certain group of outsiders into the closed world he had trapped her in. More than outsiders, they were caring people who read between the lines and recognized the abuse that was happening to her. They sprung into action.

There was only a short time in which to help her escape him and they hid her away in a room with no windows while he was preoccupied with scamming his way out of the legal trouble he was in.

But it wasn’t long before he realized she was gone and that she had broken free of him. He went back to the group of people who had rescued her and started to terrorize them, threatening to kill anyone who got in the way of him killing her. He screamed that he needed to “teach her a lesson.”

(Jane) The guard went to escort him off the premises. They told me later that he changed his story and said they were holding me hostage and that I was just a child. So they waited until dark to take me to a shelter.

Within two or three days I had a plan and things were turning around. He found me and stood outside the walls of the shelter saying he was going to kill me but not quickly.

He was first going to torture me because I needed to be punished and then when I couldn’t beg for mercy anymore he would show what a gracious and forgiving fellow he could be and grant me the wish of death. He went on like that until the police came.

Even after I left him he harassed everyone that would listen! He constantly emailed me, called my family. called the police to file a missing persons report. Used my SS# claiming I was his child and he needed food stamps and welfare to take care of me. That my “whore of a mother” took off. He used my SS# to buy a car! To try to buy a house, open credit cards.

His stories are to lure you in a false sense of security. That you and him are going to have the perfect life together! He likes to talk about himself and the image of you that he has created.

But he could really care less about what you’re interests are. He would rather hear about how horrible your life is going. That way he can use that and say well if you were here you wouldn’t have that.

He knows that everything he says is a lie. He’s not living in a dream world, he’s a pathological liar who preys on women because of lack of self worth.

Bottom line, I let him take a piece of me away. I hope he eventually lands back in prison or the mental ward. I was able to pick up my life and piece it back together. I’ve always been told it would be hard for me to conceive but after the damage he inflicted on me, its now almost impossible.

If there was a way to lock him up and throw away the key I would have done it! But he is untouchable legally. Its really weird. Because when my lawyer was going to go after him to try to put him away the VA called him and said no court of law was going to convict him because he’s crazy. Like certifiably, so he can play that card and get away.

So my lawyer came to me and told me, asked me what I wanted to do. I told him to make me disappear instead. So now I just live quietly.

KEEPING HIM AT BAY

Since there is no real way of getting this guy away from the world, then the real story about him is the only tool out there to try to protect others and keep him at bay. 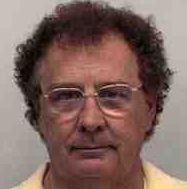 He’s smart and calculated. Unless he gets upset and then he gets sloppy. he loses control for a few, throws a hissy but quickly can regroup and be back in control. He can figure out how to take any tight situation he is in and figure out how he can stay free. He doesn’t like to be called crazy but he uses that label to his advantage and hides under it.

Medication will not magically make him stop this unless its a heavy dose of valium. He has no intentions of stopping, he doesn’t see himself as being wrong or anything being wrong with him…

That’s the story of just one of so many victims of Patrick O’Shannahan (aka Khristian Knight). He knows how to play the odds and with the hundreds of online profiles he has out there he can reach an exponential amount of women/girls right in their living room.

He will go to all sorts of lengths to gain credibility with his marks, including impersonating a rape counselor. Make no mistake about it though, rape is on his mind but not as a counselor.

The best thing you can do if you’ve been contacted by him online is to stay away from him at all costs or you might end up living in the same kind of horrific situation that Jane had to endure for so long. Don’t be the next victim to fall into the spider’s web of “Sir” Patrick O’Shannahan aka Roger Sisson aka Khristian Knight.

*Get the latest updates about "Sir Patrick" aka Roger Sisson delivered to your email:*
(Please help get the word out)
This entry was posted in blog and tagged 'Sir' Patrick Donovan Flanagan O'Shannahan, blog, Khristian Knight, Roger Eldon Floyd Sisson. Bookmark the permalink.